After the Victory Comes the Blessing
By Rick Warren

“Then all the men returned to Jerusalem, with Jehoshaphat leading them, overjoyed that the LORD had given them victory” (2 Chronicles 20:27 NLT).

At the end of 2 Chronicles 20, there’s a dramatic scene: God has just caused Israel’s enemies to turn against each other. While Israel’s army just stood back and watched, their enemies destroyed each other. The aftermath was devastating.

“So when the army of Judah arrived at the lookout point in the wilderness, all they saw were dead bodies lying on the ground as far as they could see. Not a single one of the enemy had escaped” (2 Chronicles 20:24 NLT).

Sometimes life is like this, isn’t it? You have a seemingly insurmountable problem. You face your enemy and trust God to fight for you. Then you stand unarmed and watch as he wins the victory. But the cost of battle is evident. There are casualties, and things look pretty messy.

But God wants to help you find blessing in the bad. There are things left on the battlefield that God wants to give you. That’s what happened for Israel’s army.

“King Jehoshaphat and his men went out to gather the plunder. They found vast amounts of equipment, clothing, and other valuables—more than they could carry. There was so much plunder that it took them three days just to collect it all!” (2 Chronicles 20:25 NLT)

Throughout this story, God’s people chose to worship him rather than worry. They allowed God to solve their problems rather than fighting the battle themselves. The ultimate result was more blessing than they could handle.

“On the fourth day they gathered in the Valley of Blessing, which got its name that day because the people praised and thanked the LORD there. It is still called the Valley of Blessing today. Then all the men returned to Jerusalem, with Jehoshaphat leading them, overjoyed that the Lord had given them victory” (2 Chronicles 20:26-27 NLT).

Israel had trusted God to win the battle for them. And he did, but he also exceeded their expectations. The battle was won, and they went home richer. God blessed them physically and spiritually.

What battle are you in the middle of today? Are you a single parent wondering how to make ends meet? Are you facing a problem at work or school? Does it feel like everything in your life is just too much?

If you’re fighting an overwhelming battle today, God wants to move you to the valley of blessing. That happens when you choose to worship instead of worry. 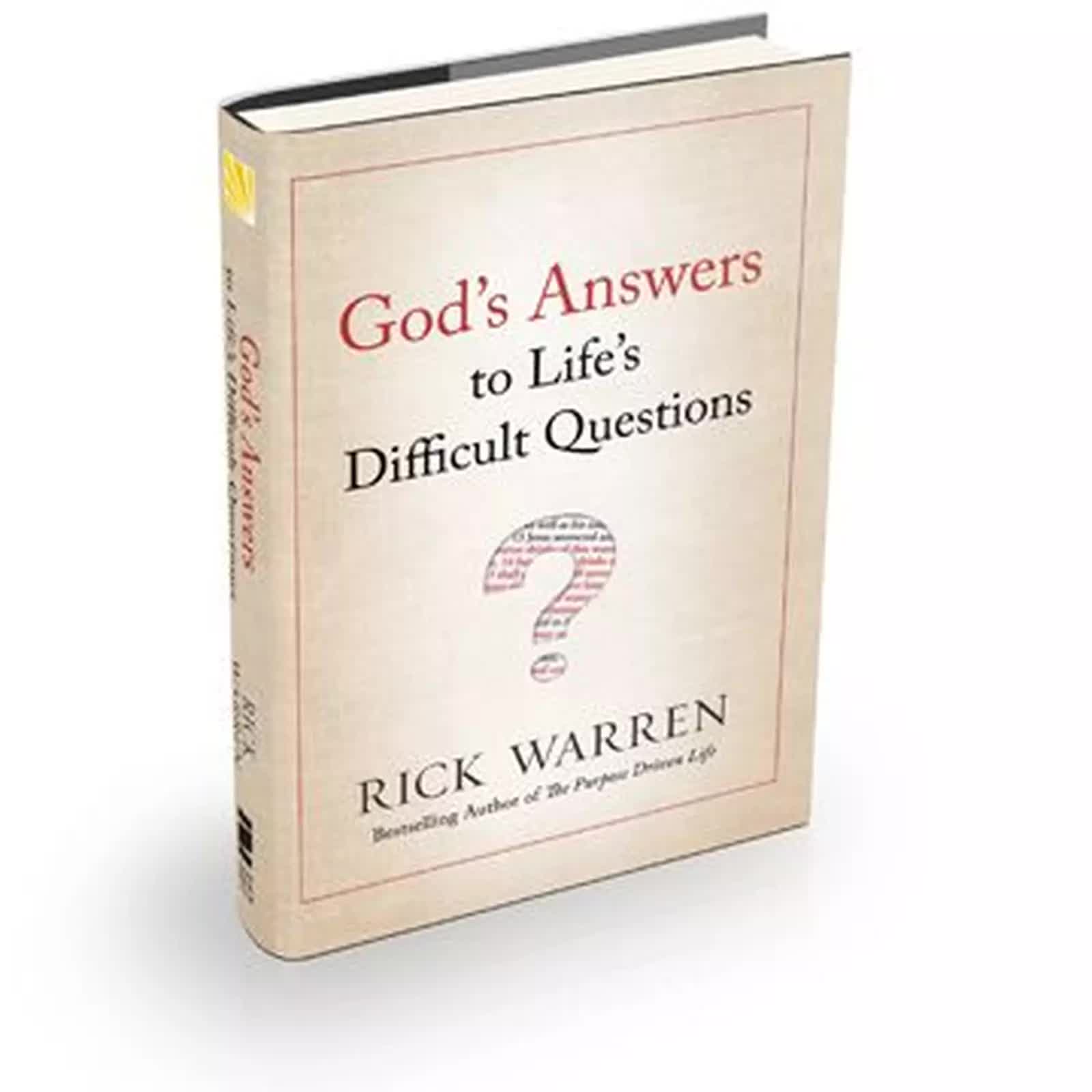 Everyone faces hard decisions in life. And when you do, there’s only one place to discover God’s answers . . . in his Word.

Pastor Rick Warren walks you through how the Bible answers 12 of life’s toughest questions in his book, God’s Answers to Life’s Difficult Questions.

In this insightful resource, you’ll learn the answers to questions such as . . .

Be sure to request your copy of God’s Answers to Life’s Difficult Questions when you give today.

It’s our way of thanking you for your generosity below to help share the certain hope of Jesus with others through Daily Hope!

*The USA IRS code permits you to deduct the amount of your financial gift to Daily Hope that exceeds the fair market value of materials you received from Daily Hope.

This devotional © 2018 by Rick Warren. All rights reserved. Used by permission.

You can listen to Rick Warren on OnePlace.com.