Just $6 can provide a bible for a persecuted believer. Give now.

My life is a constant struggle. I feel like everything is falling apart. I feel depressed and miserable. My marriage is crumbling. I just lost my job. I pray to God to make things better; but it seems that everything is just getting worse. I feel like I'm slogging through deep sand. I’m overwhelmed, and I don’t know how much more I can take. Can you help me?
Sincerely, Rick

Your question reminds me of the time that Jesus’ disciples were caught in a raging storm on the Sea of Galilee. After feeding the 5,000 at the Mount of Olives, Jesus dismissed the crowds and instructed His disciples to sail to the other side of the lake.

Jesus then withdrew to a secluded place to pray.

The disciples were on the east side of the Sea of Galilee and wanted to go west towards home. Unfortunately, things were not going so well on the boat.

Matthew was on the boat that night, and he wrote, "But the ship was now in the midst of the sea, tossed with waves: for the wind was contrary" (Matthew 14:24).

Look at that phrase again; “For the wind was contrary.” In other words, it was blowing the wrong way.

Rick, you're not alone. Most all of us, at one time or another, are pushed back and forth by winds blowing the wrong way. No matter which way that we turn, the wind is against us.

Contrary winds can blow from any direction.

Broken homes, loss of jobs, sickness, death, accidents, children who struggle, parents who should never be parents, marriages that break and cause great heartache, sexual abuse, verbal abuse, and physical abuse roar and rage against us … these are just a few examples. I’m sure you can think of others—ones that are personal to your life right now.

A mother noticed all was quiet in the backyard. She thought that she had better go check on the children. Outside, she saw her children huddled around a mother skunk and four baby skunks all plugged in and getting their morning meal. As soon as she recovered her speaking voice, she cried, "Run, children, run!" And each child picked up a baby skunk and ran.

I meet people every day who are carrying an old skunk that the wind has blown to them, and they can't seem to get rid of it. We need to recognize when we’re picking up the skunks in our lives … it’s easy to think they’re always forced on us against our will. But watch carefully when the winds blow. Sometimes, you may have the chance to put the skunk down.

The winds on the Sea of Galilee were ferocious that night. The cold winds on snow-packed Mount Herman were blowing down into the hot Jordan Valley. This action often created huge storms that could whip the water into a fury within seconds.

Rick, it sounds as if you are feeling that way right now. I know how you’re feeling. I’ve been there. Fears and problems are overwhelming you. It feels like you can never catch the wind blowing the right way.

“How’s it going?” We ask so glibly, not really expecting a true answer.

“Everything’s OK” is the usual response.

However, the number of painful feelings hiding just below the surface is astounding.

As a pastor, I meet many people who are living with broken hearts. It’s much easier to heal a broken bone than to mend a broken heart. In six to eight weeks, a broken arm will heal. But I know people to whom I can bring up a certain name or subject, and tears slide into their eyes and lips begin to tremble.

After all these years, the headwinds are still howling against them.

Rick, allow me to share with you four truths about contrary winds in the hope that you will be better able to withstand them.

Doesn’t that excite you! I've heard some imply that once we receive Christ into our lives our cares and struggles should basically dissipate. Jesus is supposed to solve all our problems and fix every trial. They have the twisted idea that once they become Christians, Jesus will fight all of their battles for them.

Nothing could be further from the truth. All Christians have contrary winds … we live in a sinful, broken world.

Don't ever think that you’re abnormal because you're a Christian and face contrary winds. All of God's people do. Are you shocked? Let me suggest that you become familiar with Psalm 73.

Before we go to the second principle let me lay down this point: I believe that the unsaved person experiences more contrary winds than the saved person.

In Psalm 73, Asaph is going through a rough time. It seems that his unbelieving friends have more blessings than he. He complains that their kids are healthy and his are sick. Their houses are in great shape and his roof is caving in. His non-Christian friends are being promoted, and he's worked the same job for years.

God replied, "Your problem is that you're not looking far enough ahead. You are looking at only what’s happening today. Look on down toward the end!"

Then, Asaph went to church; "I went into the sanctuary of the Lord and I opened my eyes and saw that God had placed the unbelievers on slippery places."

Rick, contrary winds might blow in our faces, but no Christian ever stands in a slippery place. It might be a hard place, but it's not a slippery place because our feet are on the rock.

When winds blow against us, it's a challenge to rise up and walk anyway.

A contrary wind blew away the eyesight of John Milton. That English literary giant faced the wind and wrote Paradise Lost.

A contrary wind blew Ludwig Beethoven’s hearing away. That well-known German faced the wind and became one of the greatest composers of all time.

A contrary wind blew John Bunyan into the Bedford jail for 18 years, because he refused to stop preaching the gospel. He faced the wind and wrote Pilgrim’s Progress, which is the second all-time selling book in the world next to the Bible.

Contrary winds destroyed my daughter Brianna's health. She writhes in constant pain, with no cure in sight, and yet she writes with insight and ability. She has raised over a billion dollars for non-profit ministries. Only God could have given her the strength to stand strong in the storm.

Rick, contrary winds often strengthen us today in order that we might do greater things for God tomorrow.

Third, contrary winds often blow us to something better.

A contrary wind blew Paul from the life of a Christian-hating, scheming, murdering Pharisee to the greatest Christian messenger God ever had.

Another great example is the old story about a ship that sank, leaving one lone survivor. Days passed with no rescue in sight. He built a shack, still no rescue. One day, his cookfire raged out of control and burned down his hut and all of his possessions.

"What else could be worse? This is the most miserable day of my life!" he said.

Then he heard a ship's horn and a small boat coming to shore. "Ahoy!" they shouted. "We saw your smoke and have come to rescue you!"

Rick, one day you’ll find that contrary winds, those troubles and heartaches which hurt us so much, will often blow us to something better if we'll just open our eyes to see.

Jesus comes when the winds are contrary because He cares for us.

It’s hard to trust Jesus and turn our lives over to Him and believe that He will take care of us … but He always will.

It’s like the story man who fell off a cliff one night. He grabbed a bush as he slid downward and cried out, “Help me Jesus, help me!”

The man who was hanging by a thread on the cliff yelled, “Is anyone else up there?”

With his strength ebbing away, the man fell—three inches—to the solid ground below him.

Jesus is always standing right under us. He is ready to take our burdens if we’ll just let go and trust them to Him!

How do you take it when the headwinds are contrary? Do you bend and weave like the grass or do you stand up strong like an oak?

So, Rick, what should we do with our burdens? The answer is simple; “Cast all your anxiety on him because He cares for you" (1 Peter 5:7). 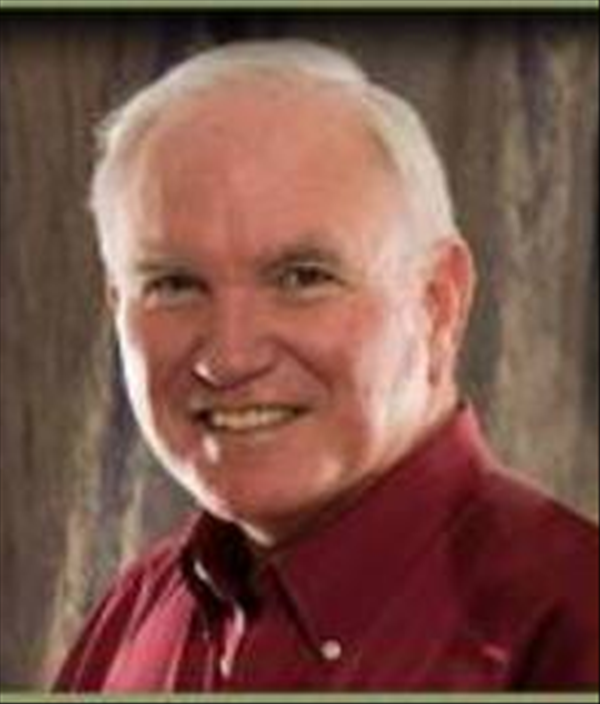 Dr. Roger Barrier retired as senior teaching pastor from Casas Church in Tucson, Arizona. In addition to being an author and sought-after conference speaker, Roger has mentored or taught thousands of pastors, missionaries, and Christian leaders worldwide. Casas Church, where Roger served throughout his 35-year career, is a megachurch known for a well-integrated, multi-generational ministry. The value of including new generations is deeply ingrained throughout Casas to help the church move strongly right through the twenty-first century and beyond. Dr. Barrier holds degrees from Baylor University, Southwestern Baptist Theological Seminary, and Golden Gate Seminary in Greek, religion, theology, and pastoral care. His popular book, Listening to the Voice of God, published by Bethany House, is in its second printing and is available in Thai and Portuguese. His latest work is, Got Guts? Get Godly! Pray the Prayer God Guarantees to Answer, from Xulon Press. Roger can be found blogging at Preach It, Teach It, the pastoral teaching site founded with his wife, Dr. Julie Barrier.

Pastor Roger Barrier's "Ask Roger" column regularly appears at Preach It, Teach It. Every week at Crosswalk, Dr. Barrier puts nearly 40 years of experience in the pastorate to work answering questions of doctrine or practice for laypeople or giving advice on church leadership issues. Email him your questions at [email protected].

This content first appeared on Crosswalk.com and is used here with permission. To view the original visit: https://www.crosswalk.com/church/pastors-or-leadership/ask-roger/why-is-god-ignoring-me-in-my-time-of-need.html

When our temptations feel overpowering, God provides the way out.