Whether a close friend, family member, or coworker reveals that they are somewhere on the LGBTQ+ spectrum, Christians often can be at a loss on how to react.

The Christian church itself is split on the issue as to whether living an LGBTQ+ lifestyle is a sin. And those who do believe it’s a sin may have varying reactions if a brother or sister in Christ claims to be LGBTQ+ and may act or not act upon their attraction to someone of the same sex.

Furthermore, how do we draw a distinction in how to react to a believer who comes out as LGBTQ+ and a nonbeliever? Or should we make a distinction at all?

I can’t claim to have the answers for your specific case involving a friend confiding in you that they are LGBTQ+. But I can–from personal experience and from Scripture–share a way to react well to when someone “comes out,” showing them the compassion and love of Jesus Christ.

What Does “Come Out” Mean?

Back in high school, when my best friend, who was a Christian at the time, came out to me as bisexual, I didn’t understand there was a specific terminology.

I didn’t know that when she slept over at my house, had a discussion with me in the basement, and ultimately ended the discussion with, “Well, I can see you’re more tolerant, so I wanted to tell you that I’m bisexual.”

This was the first time a friend had “come out” to me. Many more have since that first time, but then I had no experience regarding what to say. So I answered, “Thank you for sharing this with me. I know it took a lot of bravery. I love you, and this does not change our friendship.”

The next day at school, my other friend (who later came out as queer to me) hugged me and said, “Thank you for not hating ‘Marsha’ when she came out to you.”

Apparently, I’d handled the situation well. I didn’t understand there was a good way to take the news or bad news. All I knew was that I loved my friend, she had a lot of courage telling me what she did (she was worried she’d lose me as a friend forever), and I was, by no means, perfect (Matthew 7:5).

All that to say, “coming out” is essentially when someone of the LGBTQ+ community unveils to one person, a group of small people, or a wider audience (posting on social media) that they are LGBTQ+.

Scripture doesn’t have terminology for this because Jewish culture was strictly heterosexual (Romans 1).

However, they would have witnessed an LGBTQ+ lifestyle in the surrounding nations. Greek armies, for instance, would often pair young teenage soldier boys with older male counterparts, often for sexual purposes. So much to the point that Spartan women had to shave their heads and wore male’s clothing during their wedding night so the male soldiers could acclimate to sleeping with a woman instead of a man.

Is There a Distinction between Being LGBTQ+ and Acting on Those Inclinations?

Sometimes Christians may “come out” to a friend, pastor, or close family member and say, “I’m gay, but I’m choosing not to act on it because it’s a sin.”

Orientation doesn’t seem to be a choice. Someone may feel the desire for someone of the same sex, even if they wish they were oriented differently. For instance, a good friend of mine who came out to me recently, we’ll call her Yasmin, wishes with all her heart that she felt sexually attracted to men. No matter how much she tried, even by dating men, she never seemed to be attracted to them in the same way.

She tried praying that God would take away the desires from her, but they never seemed to disappear.

Seeing this, she decided to pursue a celibate life, refraining from romantic relations with everyone.

Although this article points out that there is a distinction between the two parties, both should be received with love, gentleness, compassion. Most importantly, we should listen.

For Christians who do believe that acting on same-sex attraction is a sin, they are certainly well-versed in passages such as Romans 1, Genesis 19, and Leviticus 18.

While a discussion about those passages may be warranted in the future with someone who is a believer in Christ, when someone first “comes out” to you, there’s a need for something a little different. Allow me to explain. 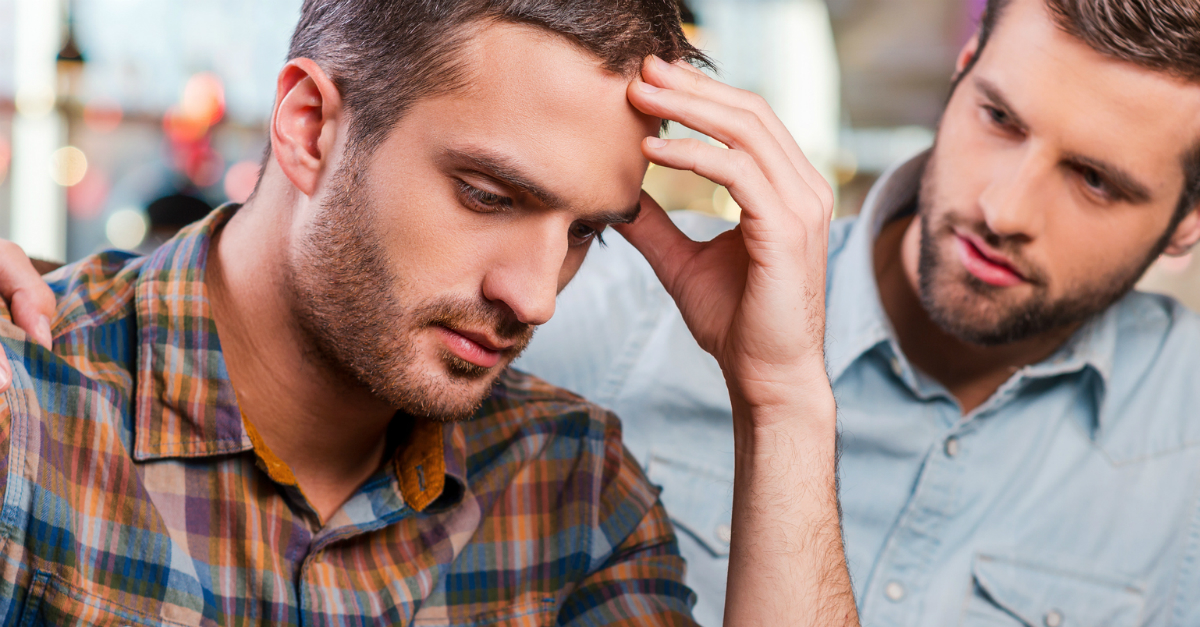 Acknowledge There’s a Distinction between Agreement and Love

For Christians who believe acting on same-sex attraction is a sin, we may not agree with the decisions of our friends to act on their sexual desires. Agreeing and love are not the same thing.

Take, for instance, the woman at the well (John 4). Jesus probably didn’t agree with the fact she’d married five husbands and was living with a man whom she was not married. Nevertheless, Jesus loved her, had compassion on her, and helped her see God a little differently.

In essence, we want to do the same when someone comes out to us.

What to Do When Someone Comes Out

What we have to understand is that when someone comes out to us, like my friend back in high school, they fully expect us to desert them, hate them, and never speak to them again.

The act of coming out is an extremely vulnerable act of transparency, and they will watch your every move, word, and tone of voice to determine whether you will desert them as they thought you would (Colossians 4:6).

Many who have come out to family members in the past have been abandoned, shunned, or experienced strained relationships that they fear will never mend.

As Christians, we need to prevent these types of reactions. We need to be a light, a safe haven, and a loyal friend when someone comes out. We’ll catch them by surprise when we don’t immediately lash out or turn our Bibles to Leviticus.

Below, I’ve outlined what I’ve said to a friend whenever one has come out to me:

- “Thank you so much for sharing this with me.” Confession of our deepest secrets often takes an incredible amount of vulnerability and courage (James 5:16).

- “This does not change anything between us/I don’t see you any differently now.” We are all made in the image of God (Genesis 1:27), and we all have a need for a Savior.

- “I’m here to listen.” We want to hear from their perspective, to exercise compassion and empathy, instead of launching immediately into scriptural counterattacks.

- “I’m here to be your friend.” We assuage any fears that we will leave them after this moment of vulnerability.

- “I’m here to pray for you and share any encouragement you need.” We reassure them that we know God has a plan, and we are personally invested in their spiritual journey.

- “And nothing can stop me from loving you.” We exercise the second greatest commandment, because God loves us no matter what (Matthew 22:36-40).

Whenever a friend comes out, you can continue to take your concerns to God in prayer. Ask for God to give you the right words to say that are compassionate and full of grace, so that you may be a light in the life of your friend.

Hope Bolinger is a literary agent at C.Y.L.E. and a graduate of Taylor University's professional writing program. More than 500 of her works have been featured in various publications ranging from Writer's Digest to Keys for Kids. She has worked for various publishing companies, magazines, newspapers, and literary agencies and has edited the work of authors such as Jerry B. Jenkins and Michelle Medlock Adams. Her column "Hope's Hacks," tips and tricks to avoid writer's block, reaches 6,000+ readers weekly and is featured monthly on Cyle Young's blog. Her modern-day Daniel, Blaze, (Illuminate YA) Den (releasing July 2020), Dear Hero (releasing September 2020), and Dear Henchman (releasing 2021)  Find out more about her here.

This content first appeared on Crosswalk.com and is used here with permission. To view the original visit: https://www.crosswalk.com/faith/spiritual-life/what-do-i-say-when-a-friend-comes-out-as-gay.html

Have You Thrown In the Towel on Prayer? - From His Heart - March 29