“And Ahab made an Asherah.” When I read that verse my first instinct is to say, “I sure hope he had a tissue.” Is an Asherah a good thing, or a bad thing? Or perhaps the more fundamental question is—what in the world is an Asherah pole? And how do you even pronounce it?

The word itself is pronounced “Ash-Ruh.” Ash, like the stuff you have in the bottom of your fireplace, and “ruh” like the first part of Scooby-Doo’s “ruh-roh.” But what is it and what is the significance of it? We will consider what/who is Asherah and the significant role it plays within the biblical narrative.

What Is an Asherah Pole?

Asherah was one of the chief deities of the ancient world. Most believe she was the wife of the supreme god El and the mother of Baal. She is often placed beside the chief male deity. According to Eerdmans Dictionary of the Bible “manifestations of Asherah worship have been identified in Egyptian, Hittite, Philistine, and Arabic texts.” So, the Asherah cult was prominent.

What, then, was an Asherah pole? There is some debate on whether these were actual living trees or wooden figures in the shape of trees. A modest proposal is that they were originally living trees but eventually became wooden poles. When you read in the Scriptures about “worship under every green tree” there is likely at least some connection to the worship of Asherah. Unfortunately, we do not know what place these held within the worship of Asherah, nor do we have any lasting depiction of these idols.

Put simply, an Asherah pole is a wooden idol (likely in the shape of a tree) used to worship the goddess Asherah.

Is an Asherah Pole Ever Mentioned in the Bible?

In the Scriptures, the Hebrew word for Asherah is used both for the goddess herself and for the poles erected in her honor. In older translations, it will often be interpreted as “grove.” Their appearance in the Old Testament, as to be expected, is always in the negative. They are idols that must be rooted out of Israelite worship.

In Exodus 34:12-14 the Asherim are specifically mentioned as needing to be “cut down” once the Israelites enter the land, so as not to make a covenant with the inhabitants of the land and begin worshipping their gods. This same command is given in Deuteronomy 7:5 and 12:3. In Deuteronomy 16:21 they are forbidden to “plant any tree as an Asherah beside the altar of the LORD your God.” This would have been syncretizing Israelite worship with the worship of this pagan goddess.

In Judges 6, Gideon was called to tear down the altar to Baal and to “cut down the Asherah that is beside it.” Again, we see Asherah almost as a sidekick to the prominent male deity. We see her worship in the form of a tree and right next to the altar.

In 1 Kings 14, we see that Jeroboam and his followers would be judged by the Lord because “they have made their Asherim, provoking the LORD to anger.” The same judgment would befall Maacah, the mother of Asa, because she “had made an abominable image for Asherah”. She was removed as “queen mother” and Asa cut down the Asherah and burned it in the river. But this revival would only last about as long as Asa—as only a short time thereafter Ahab made an Asherah and “did more to provoke the LORD…to anger than all the kings of Israel who were before him.”

In 2 Kings 17, we see how prominent the worship of Asherah and Baal had become throughout the land as they “set up for themselves pillars and Asherim on every high hill and under every green tree.” At this point, they were all-in on the worship of these false gods. In the time of Hezekiah, there was a similar revival to that of Asa. Hezekiah also “cut down the Asherah” but Manasseh, his wicked son, “rebuilt the high places that Hezekiah his father had destroyed and…made an Asherah, as Ahab king of Israel had done…” (2 Kings 21:3). He even went so far as to put the Asherah within the house of the Lord. Josiah reversed this course and took all of these pagan symbols out of the temple.

It seems as well in 2 Chronicles, that the goodness or wickedness of a king is determined by what they did with the Asherim. The good kings took them out of Israelite worship, and the wicked kings either erected them or continued the worship of these idols unabated.

The prophets, like Isaiah, would look to a day when the worship of God’s people would be pure and there would be “no Asherim to remain standing.” Micah 5:14 spoke of the work of God in “rooting out your Asherah images from among you.” Which, according to Jeremiah, would have been a mighty task as there was Asherim “beside every green tree and on the high hills” (Jeremiah 17:2).

By the time of the New Testament, idolatry seems to have taken a different flavor. Asherah poles do not make an appearance. It is likely through the various secular conquests and the changing political landscape that God kept his promise to “root out the Asherah images.” 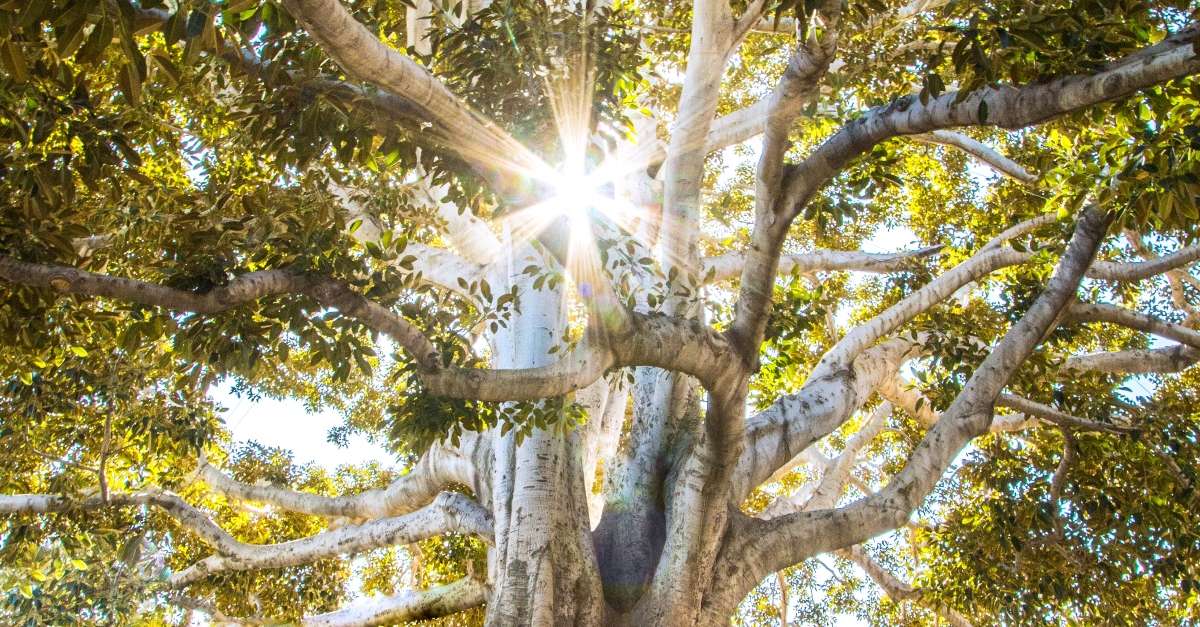 What Is the Biblical Significance of the Asherah Pole?

Tracing the history of Asherah poles is an interesting study. Would the Israelites have known of this worship before entering the Canaanite areas? Was this something present within their own communities that they would have to abandon once they reached the land, or would this be a new temptation for them upon coming into contact with these nations? Either way, God made it clear that the people of Israel shouldn’t flirt with such syncretism. Cut them down. Root them out of the land.

This is always the remedy for idolatry. They must be uprooted. This is one of the helpful points that the Puritan John Owen made in his work The Mortification of Sin. As Owen would say, “Do you mortify; do you make it your daily work; be always at it whilst you live; cease not a day from this work; be killing sin or it will be killing you.” We see from history that when the Israelites refused to cut down the Asherah poles it was an indicator that their hearts were not fully given over to the Lord. A little leaven would work through the whole lump and before long they were fully engaged in syncretic worship; having idols, like Asherah, in the very temple of YHWH.

But is removal and uprooting all that is required? If that was the case, we would have seen the death of these Asherah poles when Asa, Hezekiah, or Jehosophat put in order stirring reforms and cut down the Asherim. But there is more than removal of idols (more than keeping yourself from temptation) that must take place if real holiness and dedication are to be the result. Tim Keller says it well:

“…idols cannot simply be removed. They must be replaced. If you only try to uproot them, they grow back; but they can be supplanted. By what? By God himself, of course. But by God we do not mean a general belief in his existence. Most people have that, yet their souls are riddled with idols. What we need is a living encounter with God.” (Keller, Counterfeit Gods, 155).

What we see with the new covenant is that God changes our hearts. The strategy for dealing with idolatry that we see employed in the minor prophets is that they are shown to be empty. Asherah cannot provide what she promises. And the prophets began to exalt the fullness of the Lord and they would do so at the idols expense. They would mockingly show the inadequacy of worshipping sticks of wood (that you have to craft) that you created while rejecting the living God.

In Christ, we see the fullness of God made manifest. All of the things which we long for that can make idols tempting are found perfectly in Jesus Christ. Idols are alluring at times because we want something tangible. We want to believe that what we do can move the heavens. But the gospel teaches something different. It’s our plight that moved the heavens—it is the LORD Himself who would come and rescue us. Our rescue isn’t found in sticks.

Do we still have Asherah poles today? If you mean pieces of wood set up beside pagan altars on high hills, then that seems to have been pretty rooted out. But do we still have God-substitutes? You bet. And the history that we see of the Asherah pole is fitting for our own battle with idolatry. May they all topple at the feet of Christ.

Mike Leake is husband to Nikki and father to Isaiah and Hannah. He is also the lead pastor at Calvary of Neosho, MO. Mike is the author of Torn to Heal and his writing home is http://mikeleake.net

This content first appeared on Crosswalk.com and is used here with permission. To view the original visit: https://www.crosswalk.com/faith/bible-study/what-is-an-asherah-pole-and-does-it-have-biblical-significance.html

An Introduction to Christ - In Touch - November 30